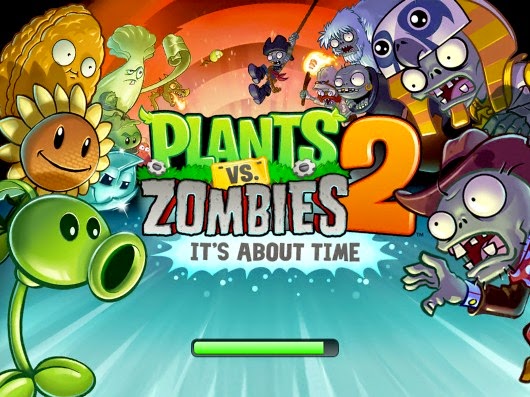 Plants vs Zombies 2 is a tower defense game developed by PopCap Games in which you have to defend yourself against hordes of funny zombies. This is the second release of the series, available to download for Android and iOS systems. It includes many novelties, such as four new territories and a wider range of plants and zombies to choose from. Undoubtedly, this title is one of those games with enough detail that makes users adore playing, together with its intuition for touchscreen devices. With clearer graphics compared to the original release, this title offers a new level of excitement with three new worlds to play.
This game is particularly recommended for those users who want to test their coordination, defense skills and resource management while playing. However, some people have criticized the fact that this version does not have a minigames section as the previous PvZ had. Otherwise, you can still play those games if you fulfill additional missions and solve brain-teasing challenges found on various levels.
As an analogy, the game style was planted as a seed with the first version, but right now it has bloomed, offering a bigger variety than before. Far from the usual garden, you will travel around in time and space, visiting Ancient Egypt, the Wild West, the Pirates Seas and the Far Future. All these worlds have their unique characteristics as well as different kinds of zombies that will challenge your strategy skills.

This second action-strategy release presents not particularly different gameplay from the original Plants vs Zombies. You will have several seeds that you will pay for with suns that are generated automatically, or thanks to sunflowers you planted. Each zombie-zapping plant has its function, and there are different roles such as defense, attack or support. In order to overcome all the stages of the game, you will have to master the strategies behind the simplistic gameplay, which means choosing which plant would be better for different situations.
Despite it being a free-to-play app, but if you want to take some shortcuts to complete the title, you can purchase in-app credits for them, but we can tell safely tell you that Plants vs Zombies 2 is better if you take the free route and decide to fulfill all the stages, obtaining keys to open new paths and worlds as you go along. This way you can explore the secrets of the different worlds that await you.

The unique features of Plants vs Zombies 2 are the following:
DOWNLOAD HERE!!